Three performers form a trio on the SPREEHALLE floor which refracts through the technology of light, sound, costume, and video. The polyvalent and constellated body is one that refers beyond itself, through meaning, past translation, and into posturing. Cerberus-like, death smudges memory into reliquaries, and temporary possession becomes eternal; worn clothes, a starfish found in an oyster shell, keychains.

Developed during a short residency at SCHLOSS WIEPERSDORF, BETHY TRIO is a devised work that brings together fragments of texts by BETTINA VON ARNIM, KATHY ACKER, DODIE BELLAMY, SARAH SCHULMAN, and others. Staged towards the possibility of trans-historicity, the words deal with science and poetry, the individuality of gender, and expressions of overcoming Christian ideals of love, with a movement between historic periods. 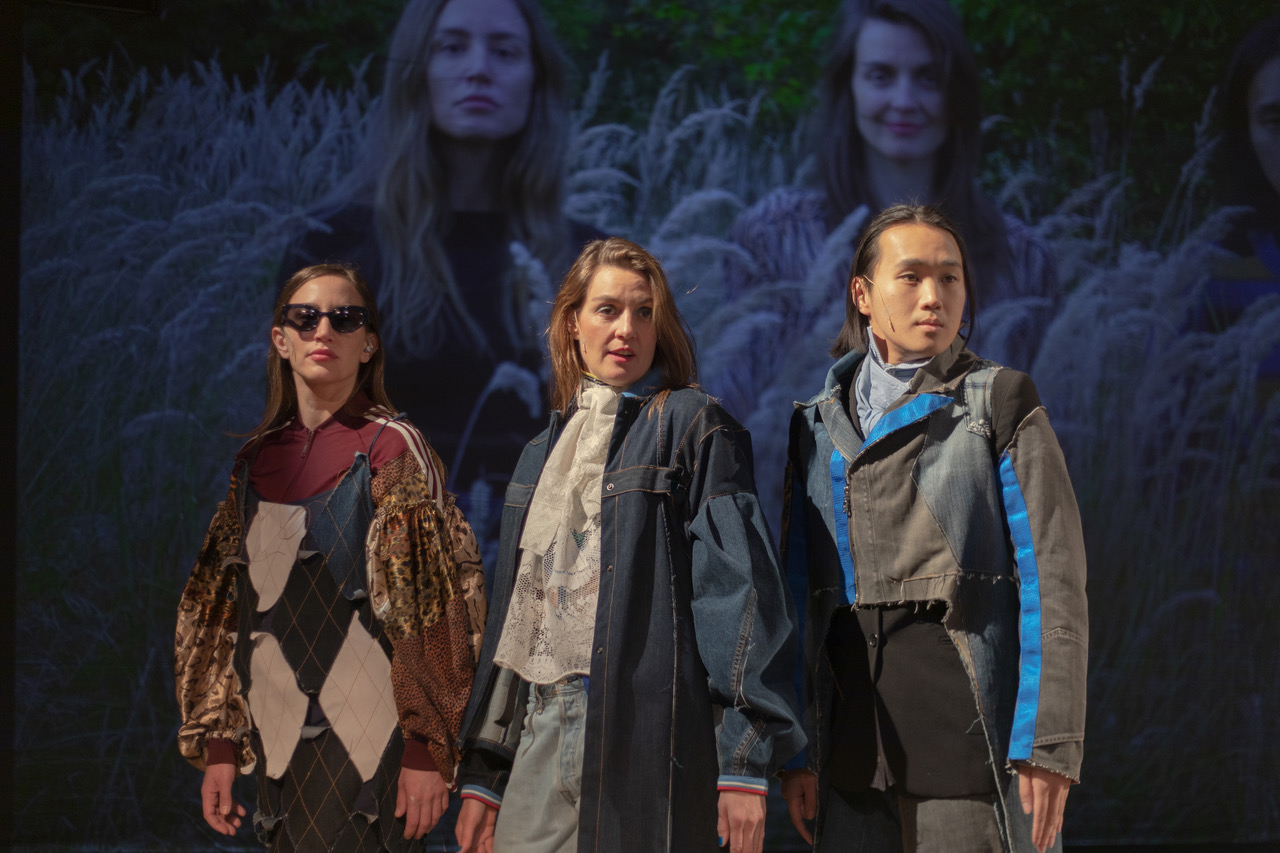 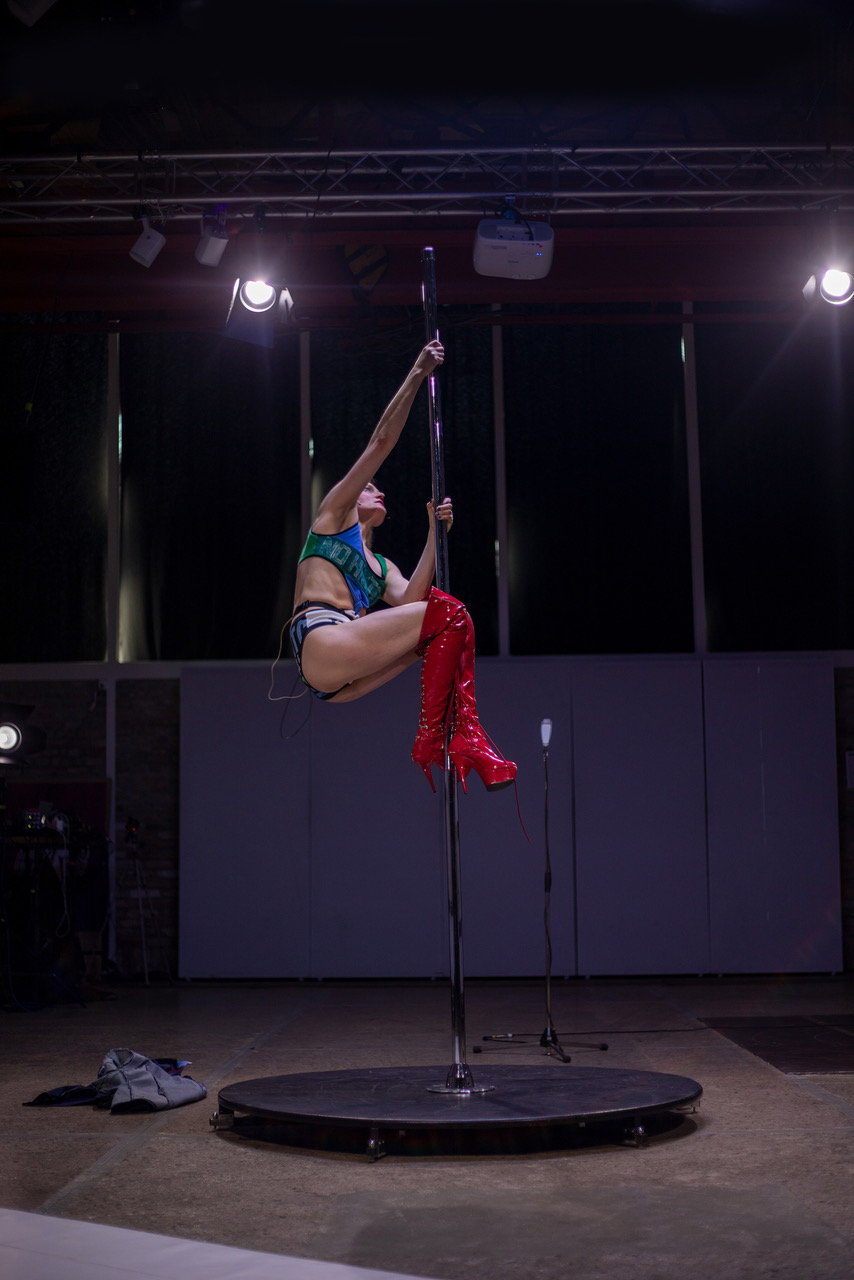 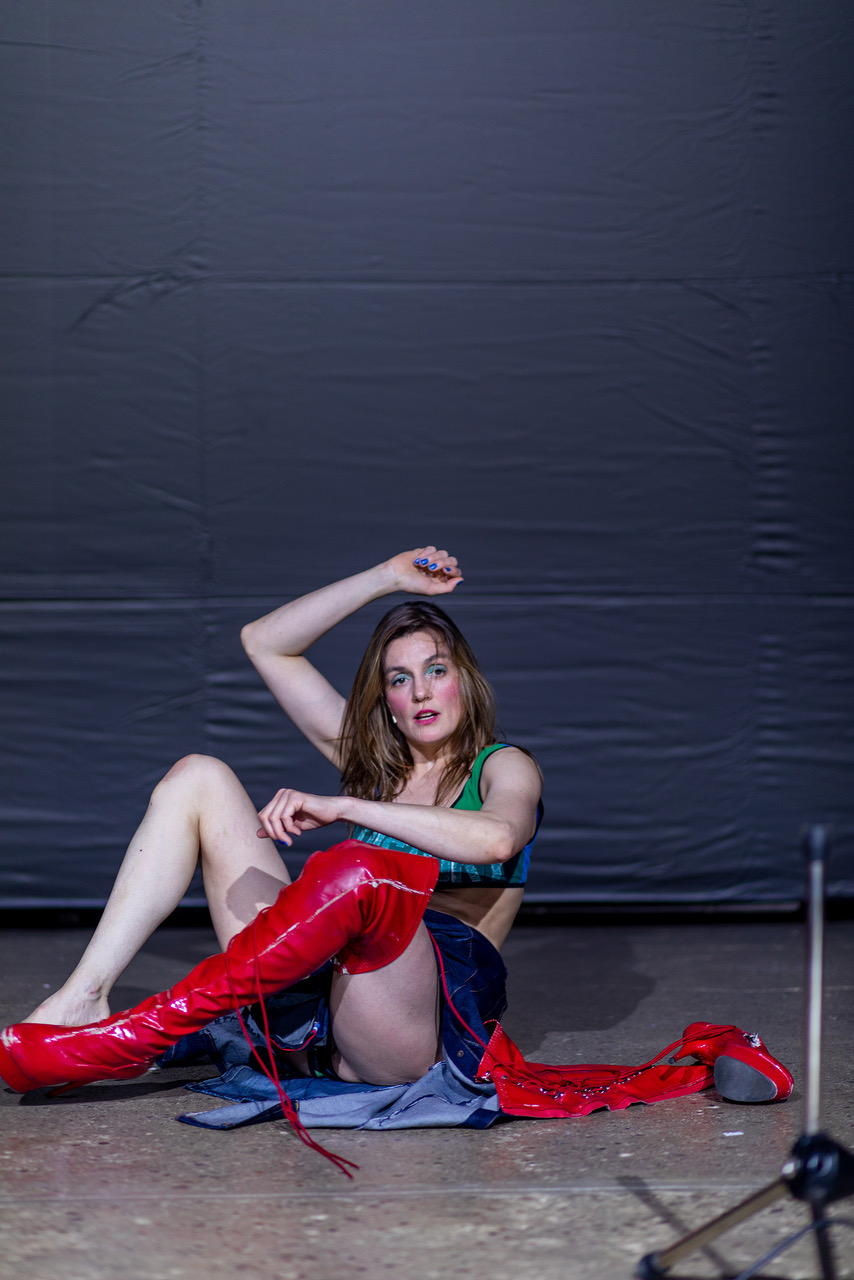 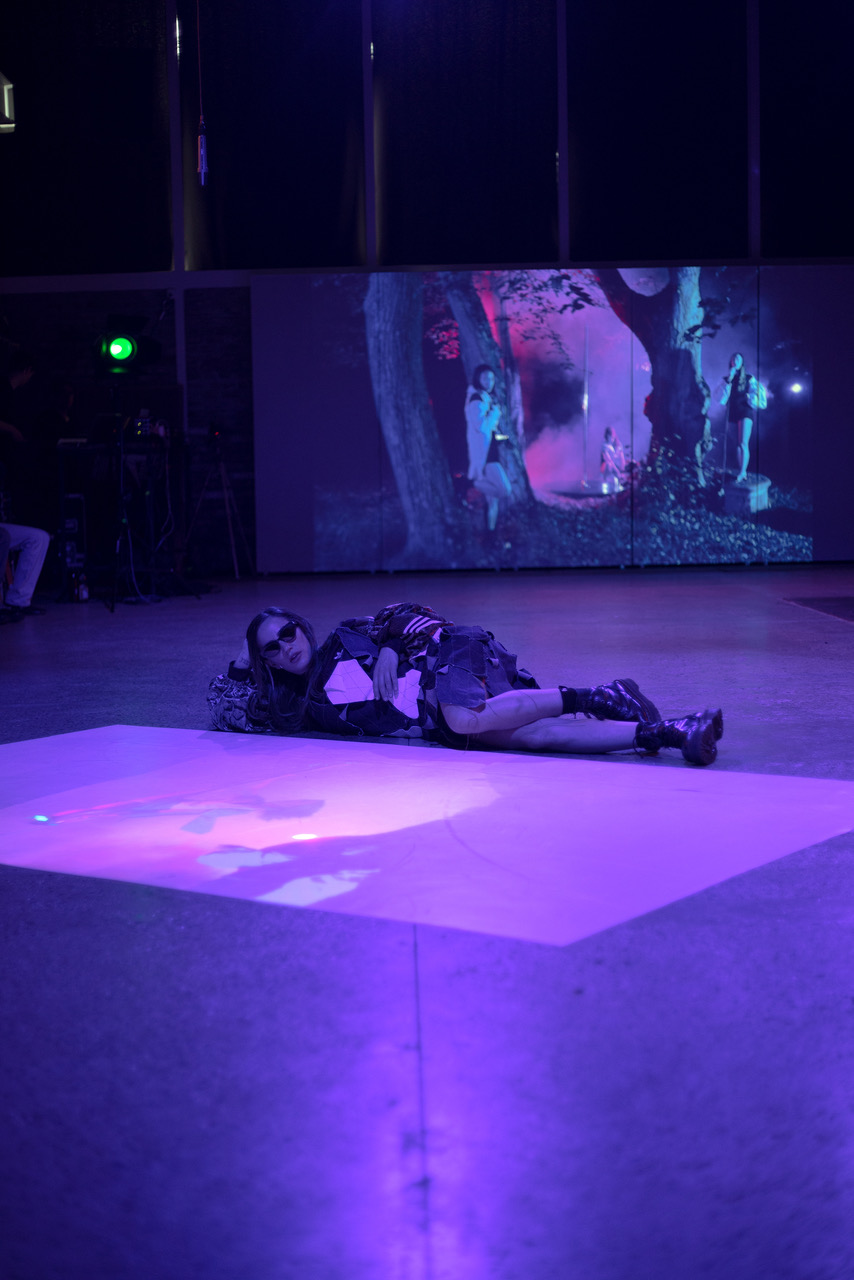 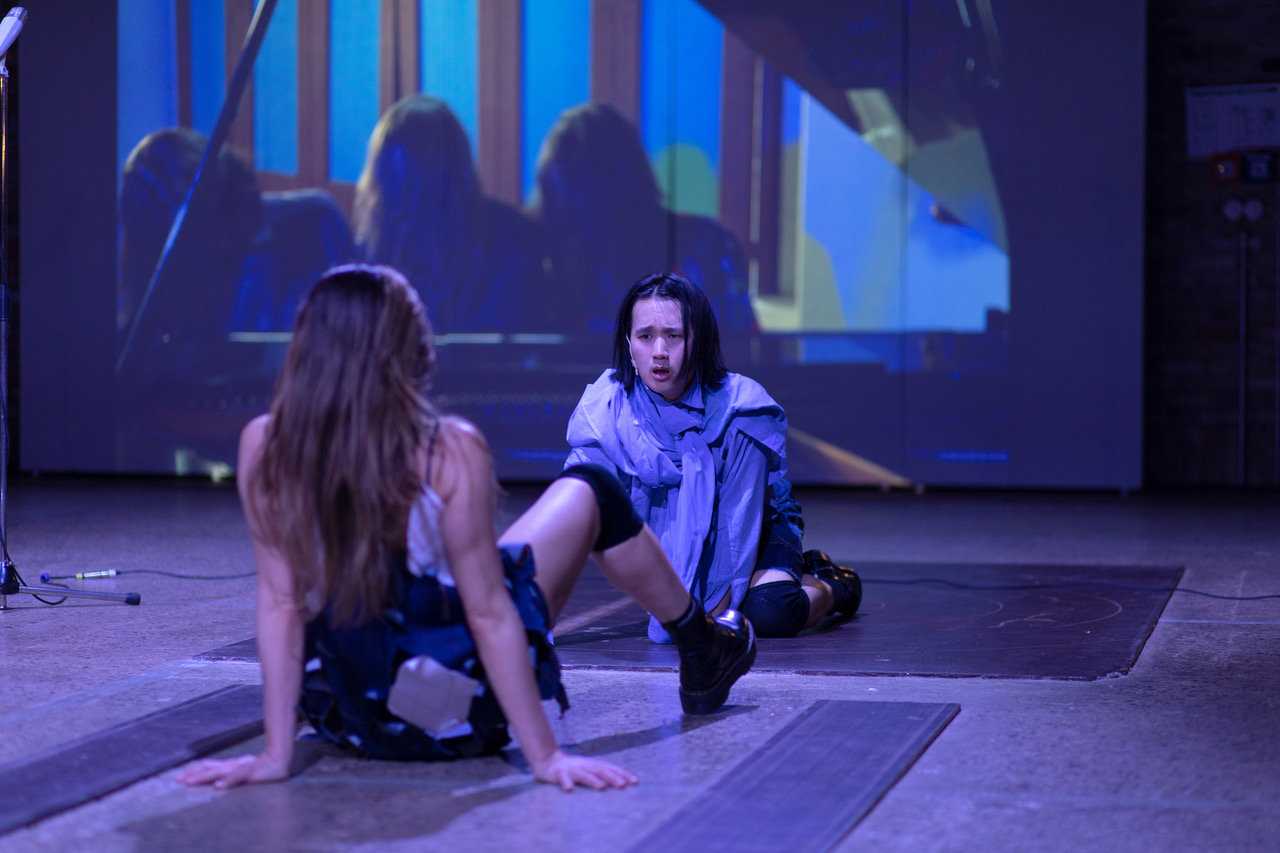 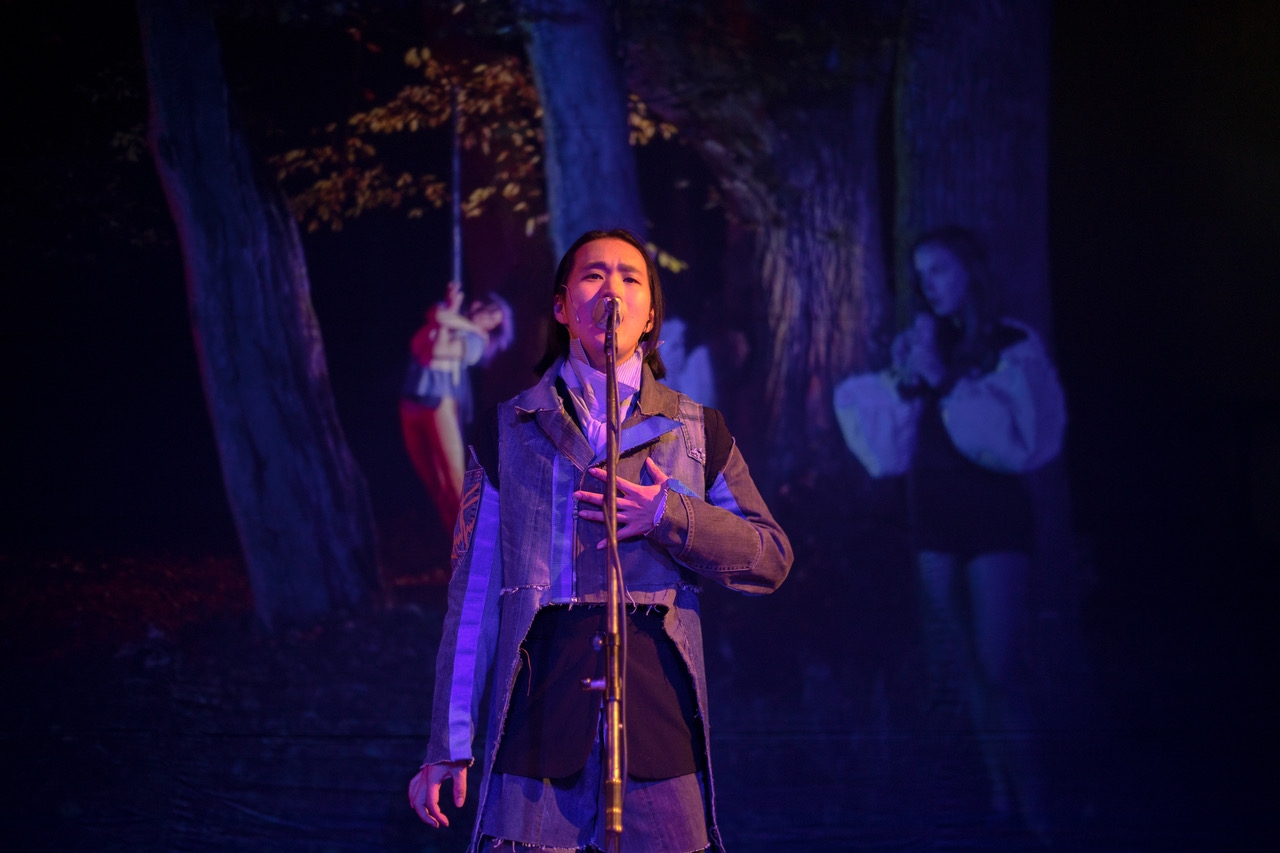 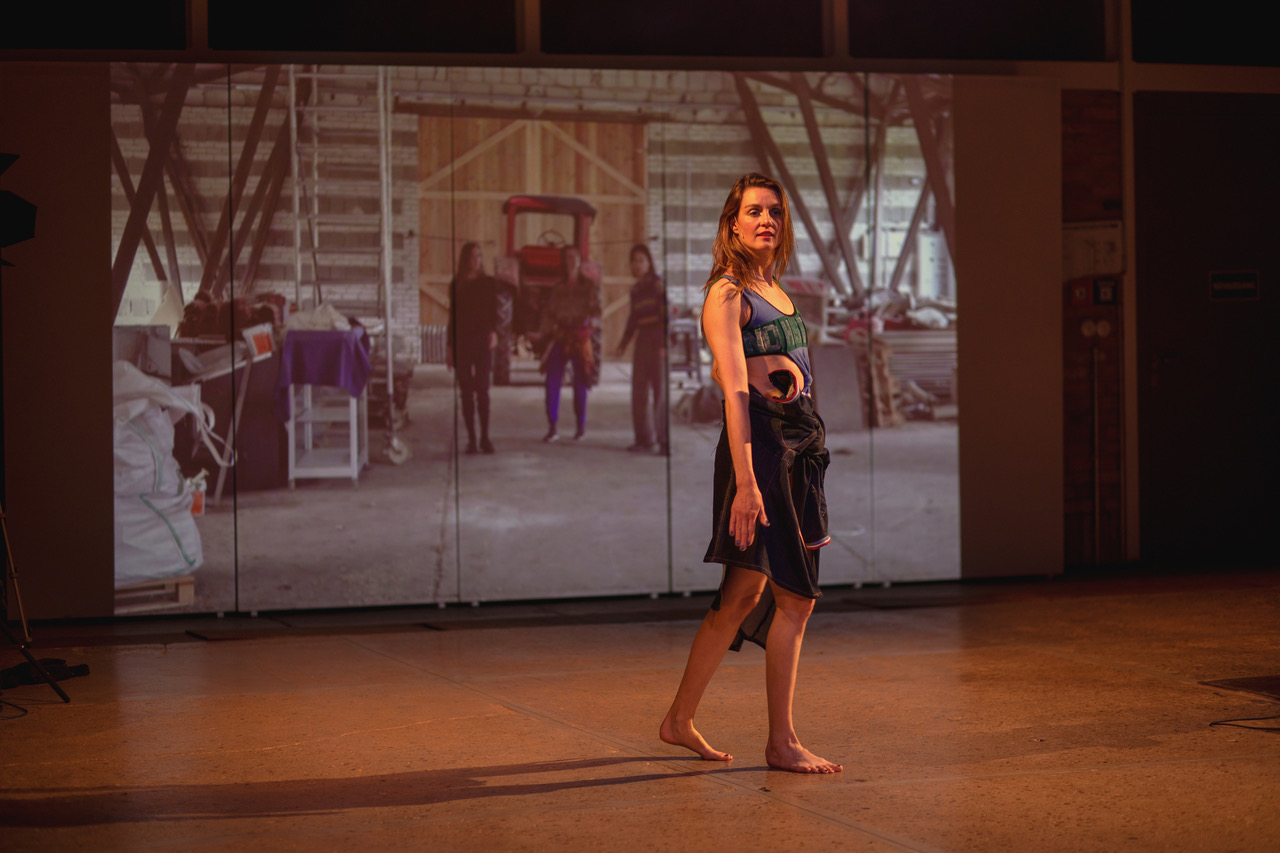 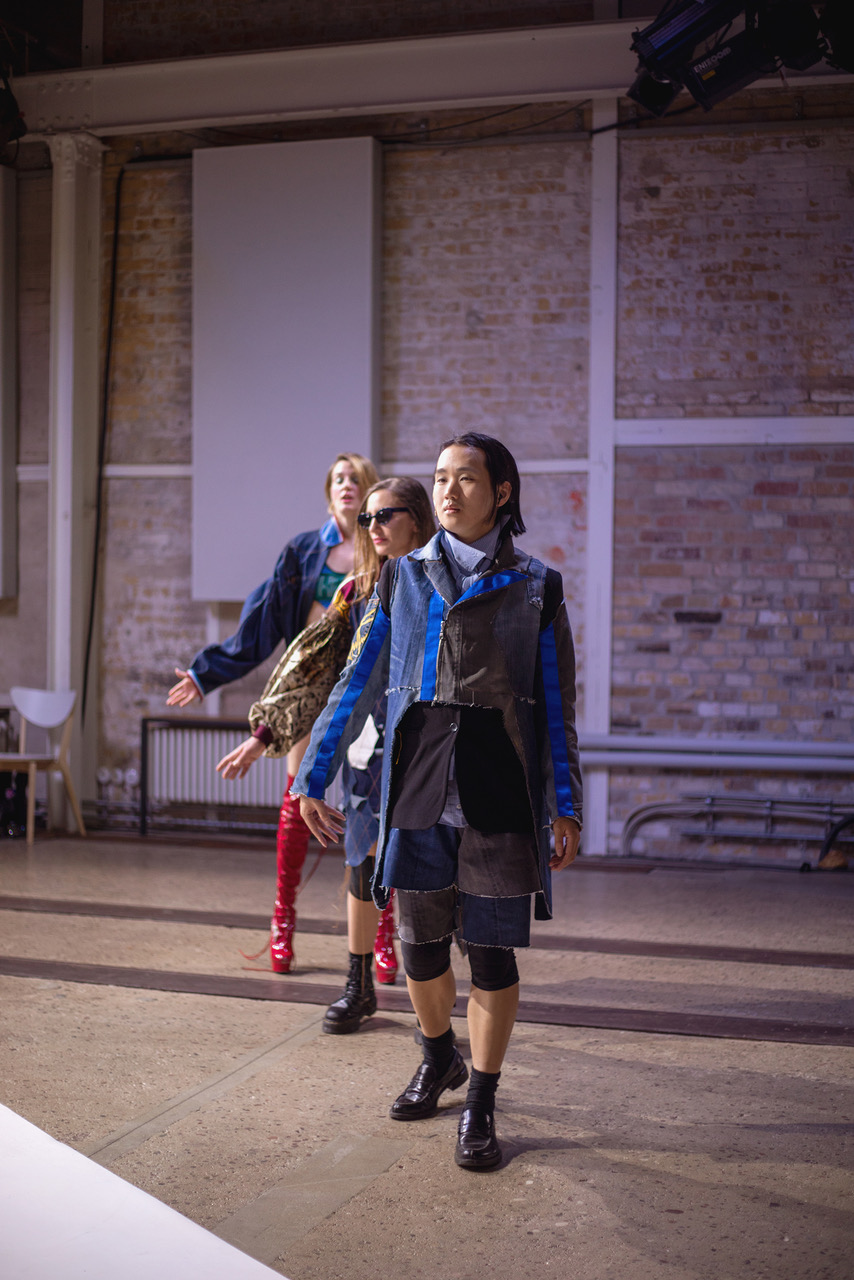 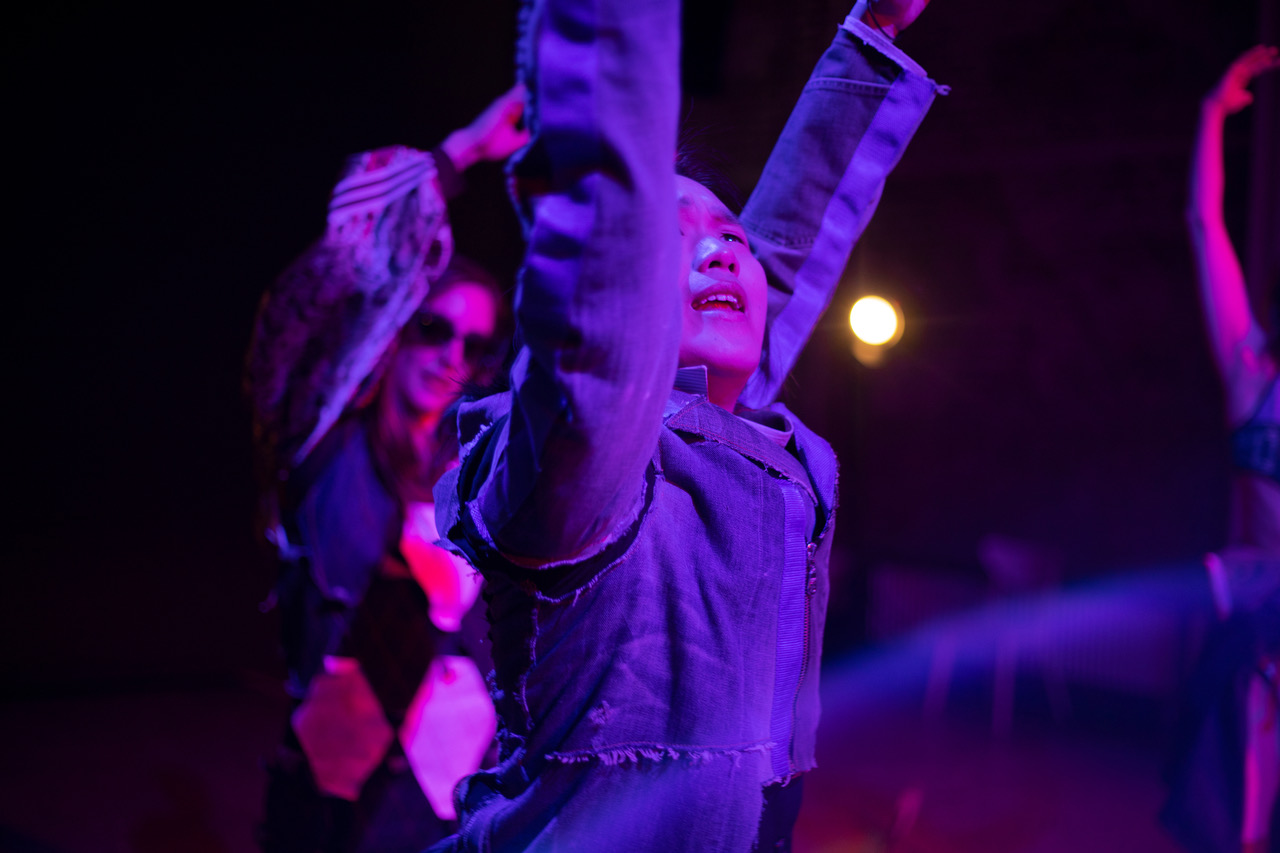 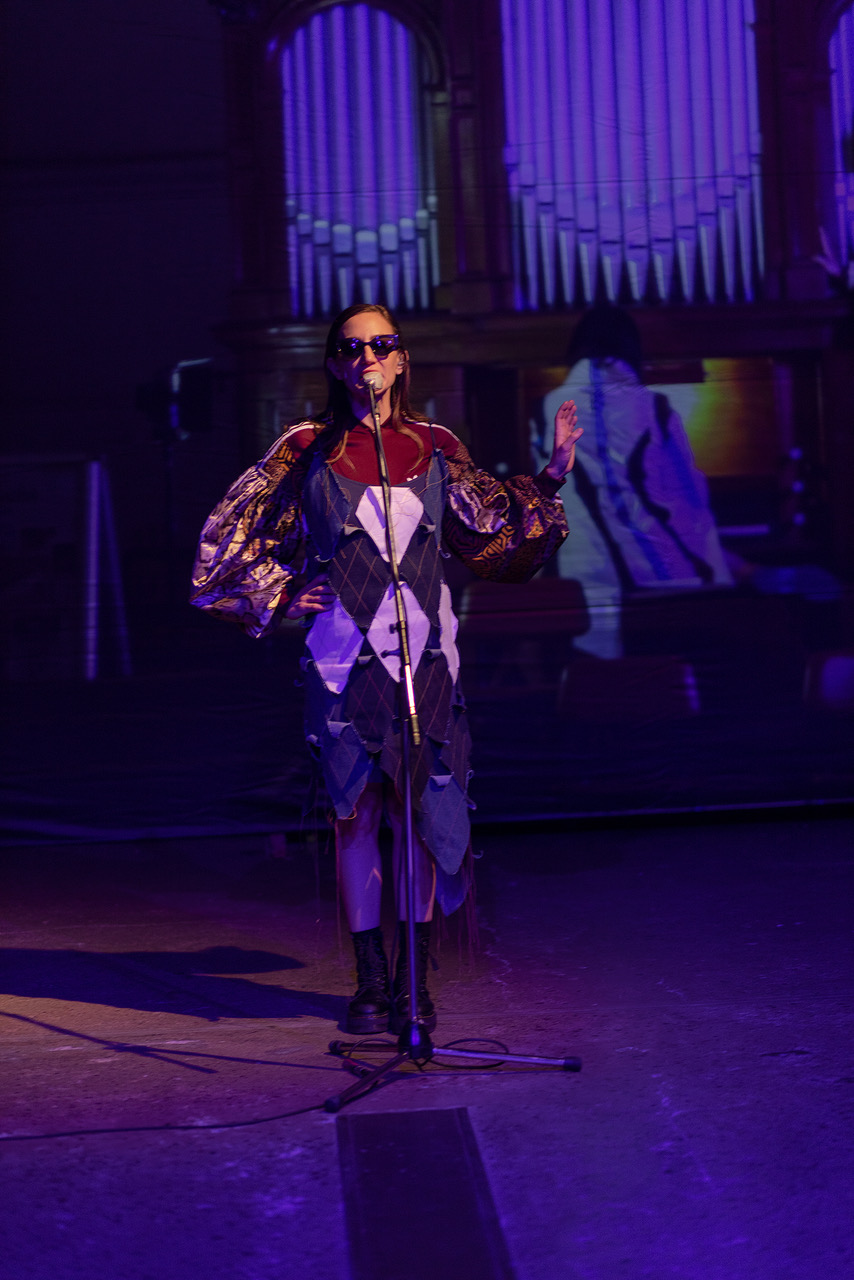 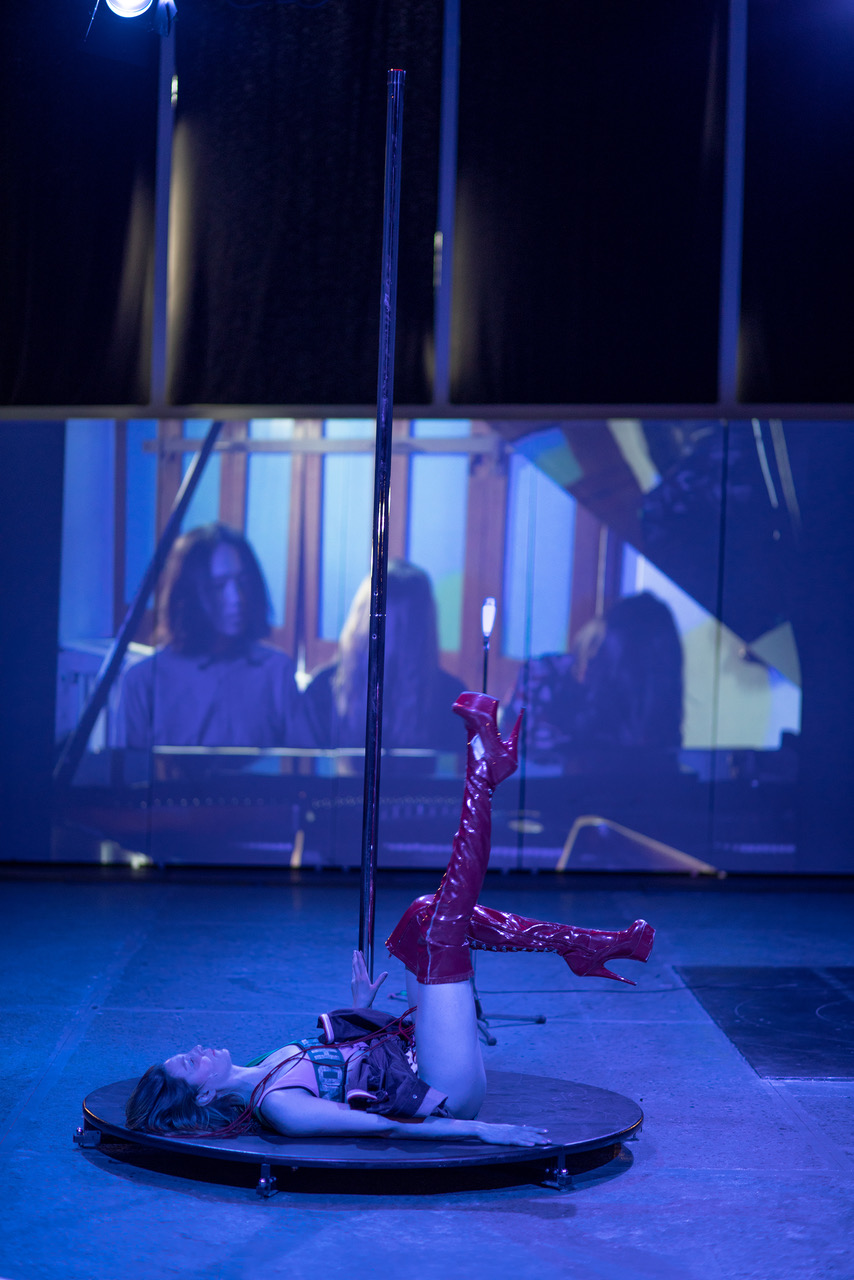 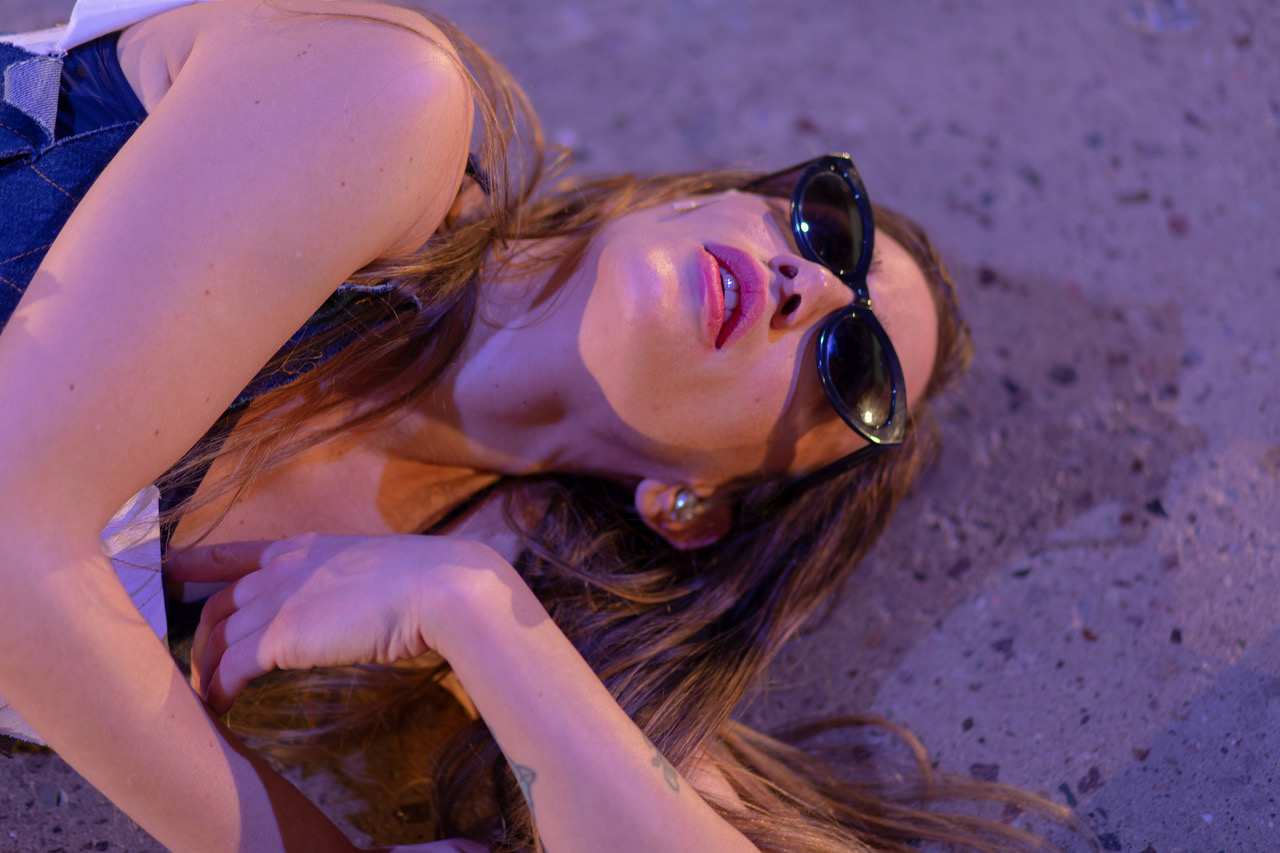 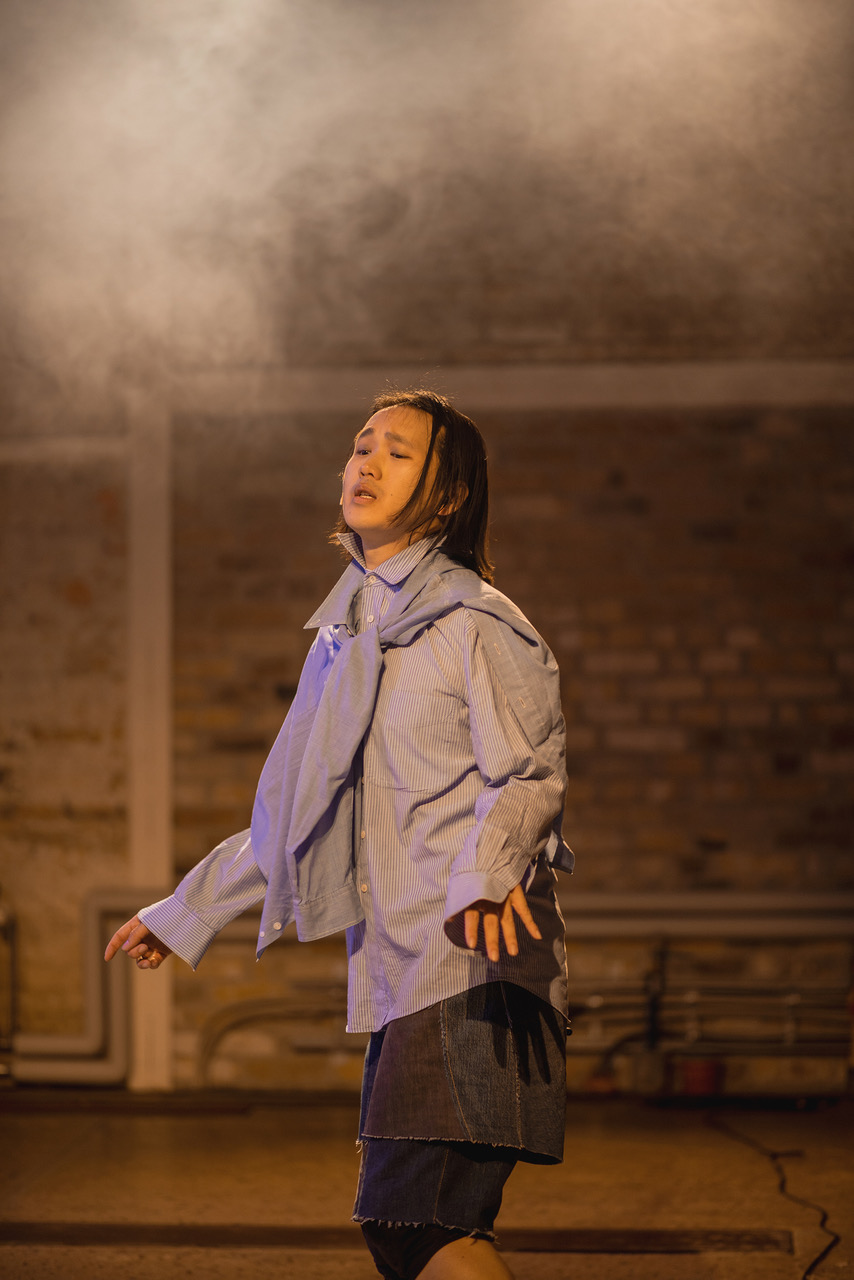 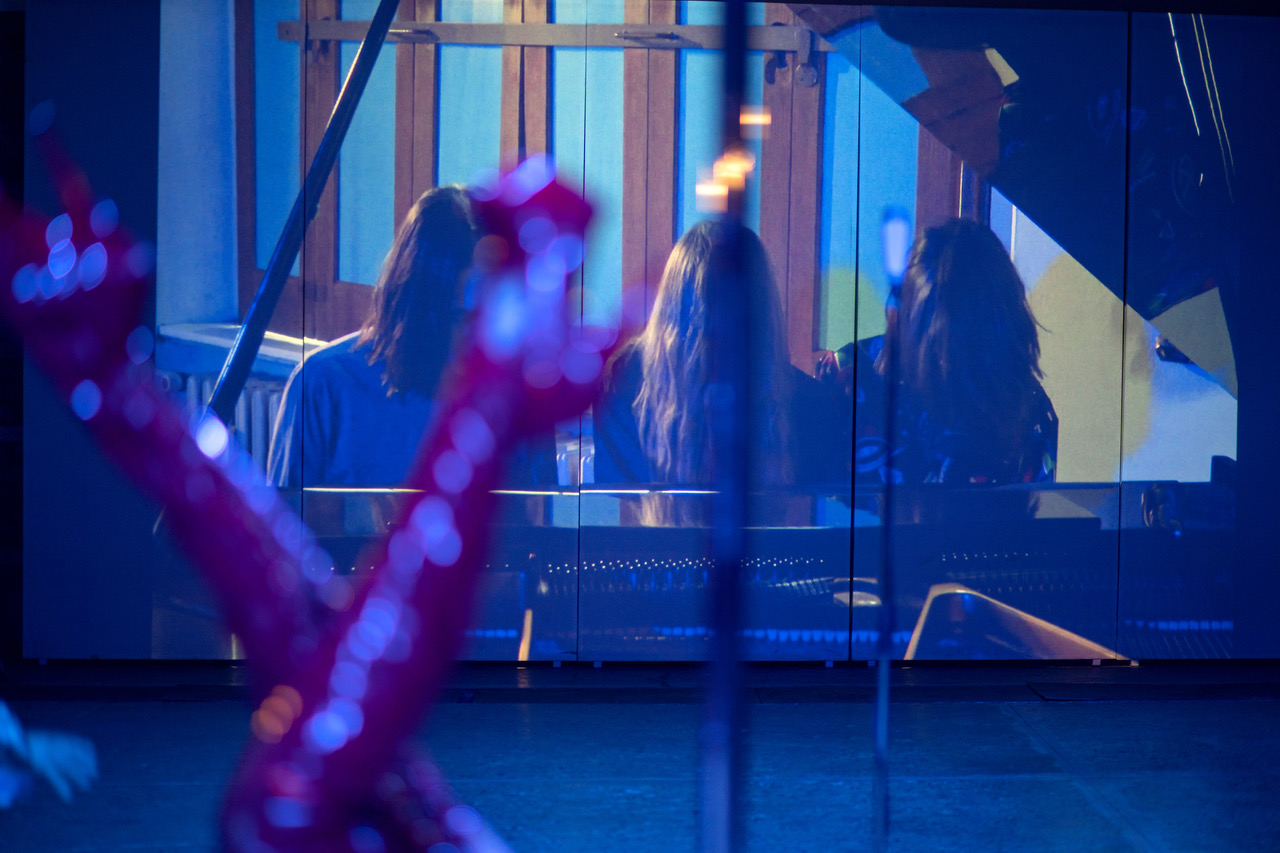 Commissioned and produced by GLASSHOUSE.